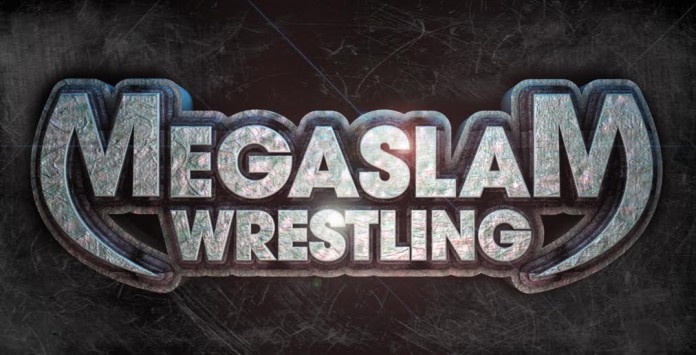 BIG TIME WRESTLING makes a first visit to Altrincham on January 10th as the stars of Megaslam Wrestling take to the ring!

Megaslam who are widely regarded as Europe’s Number 1 Wrestling Show slams down at Altrincham Leisure Centre for their opening show of a planned 300 date season in 2016!

Managing Director, Brad Taylor says Wrestling fans in Altrincham are in for a treat:

‘Our 2016 tour is branded as the ‘WOW Factor’ show, as that is what it is, a mix of the best Wrestlers in the world and a spectacular show, it is a show you do not want to miss, it is unlike anything you have seen before’

‘The North West fans are some of the loudest in the country, we are all looking forward to it’

Stars of the show include ‘Mexican Sensation’ El Ligero (pictured) who has recently been on view for Stateside company TNA’s Boot Camp on Challenge TV, Australian Diva Toni Storm who moved to the UK last year to persue her dream of becoming a Professional Wrestler, Megaslam’s youngest Champion, Robbie Mckenzie from South Yorkshire who is just 17 years of age, Southport grappler ‘The Juice’ CJ Banks and London’s James Mason, who boasts a 25 year career.

Mr. Taylor says the sports entertainment company is at it’s most popular:

‘We are experiencing a real growth in popularity, mainly down to the success of American company, WWE and our own lads from the UK, we have the best wrestlers in the world and fans that come out to our Live Events can witness that first hand’

‘The WWE are now recruiting wrestlers from the UK to appear on their TV Shows in the USA, like Saraya Jade Bevis, campaigning as Paige in the WWE, Below’

‘We put on shows for families, it is a good family night out, cheer the good guys and boo the bad guys, a real family affair’

Matches scheduled to take place during the 2 hour show include a Tag Team Mayhem match, a Megaslam Championship Match and this year’s spectacle, a Royal Rumble where everyone is in the ring at the same time!

Tickets are available now at Altrincham Leisure Centre. The doors open at 2pm and the show starts at 2.30pm.