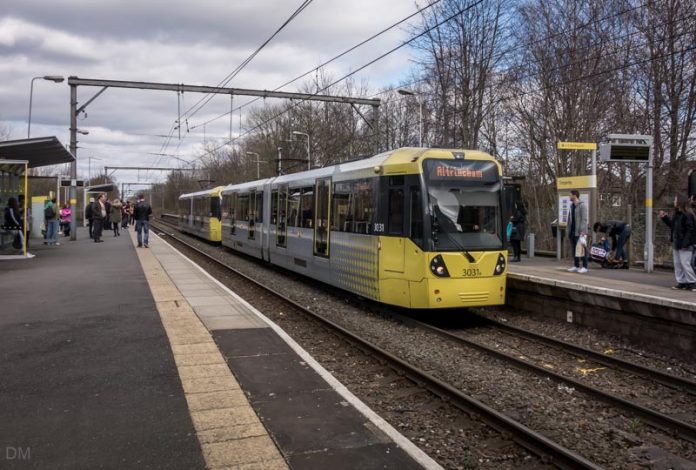 All Metrolink trams have now been cancelled after a tram was struck by lightning near Timperley. The lovely weather today gave in to an incredible deluge with lightening and thunder from around 2pm. No trains will be running until further notice according to Metrolink. There has been widespread disruption because of the deluge.

We have been on the Metrolink website but there is nothing but you can check out their Twitter Feed Here for more information and where you can use your tickets. Buses are being provided on various routes so take a look. Metrolink Twitter.

There is disruption across the North West and as far down as Birmingham!

19.:20 Update: parts of M6 closed as services deal with the excess water.