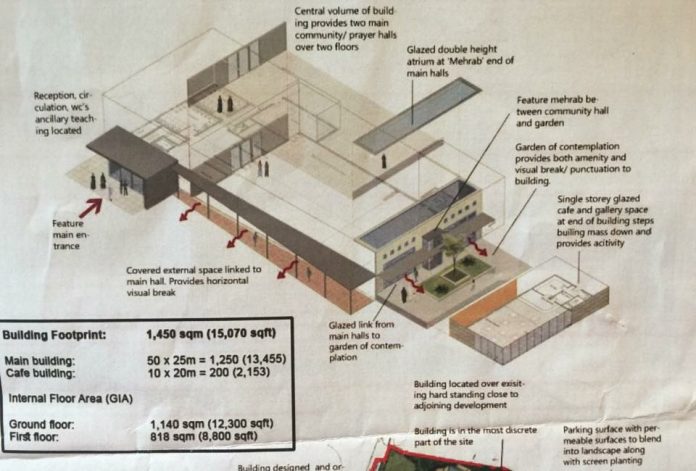 Local residents opposed to the building of an Islamic Community Centre in Timperley are to stage a demonstration this Saturday.

An application to build the 2,000 sq m, two-storey building on Green Belt off Thorley Lane will be submitted to Trafford Council imminently.

The Altrincham & Hale Muslim Association (AHMA) claims it has outgrown its current base on Grove Lane in Hale and that there are “no other available and suitable” sites apart from the one opposite Wyevale World of Pets and Leisure and World of Water Aquatic Centre.

Now residents are looking to hold a “peaceful” demonstration on Thorley Lane protesting at the planned development, starting at 11am on Saturday.

Protest organiser Angela Holbrooks, who also set up a petition that has now attracted over 1,800 signatures, said the centre was “not needed”.

The protest has however already the attention of far right groups, with the Twitter feed of the English Defence League’s North West division calling on members to support it:

But Holbrooks said any far right groups would not be welcome on Saturday.

This is despite the fact that an Angela Holbrooks who lives in the borough is listed as a member of The British National party or BNP, a far right political party on Wiki Leaks’ website.

This revelation calls in to question just who is behind the protest this Saturday. Is this a locally organised BNP march?

We await further news on the subject.

The AHMA says the self-funded project will “remediate the site, provide significant landscaping and improve the openness of the land”.

“The land is unsightly and has been used for general waste, including the storage of old cars. As a consequence, the land has become contaminated,” it adds.