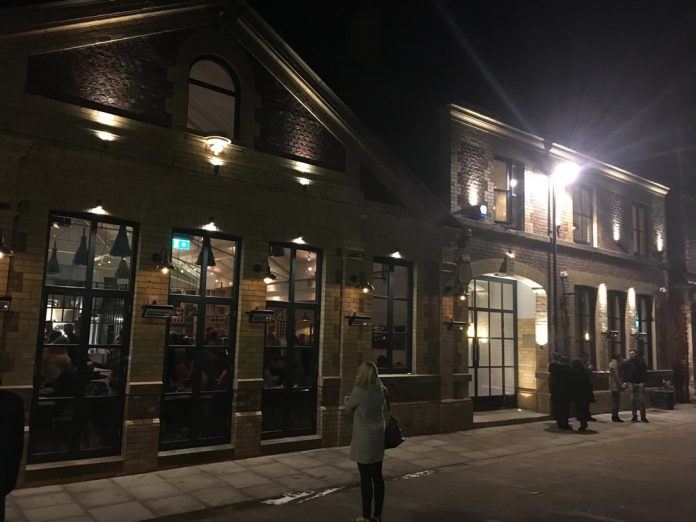 We take a first look at The Con Club Altrincham. Greenwood Street’s newest venue which opened on Friday night. The venues has been developed by David Vanderhook who runs The George Charles pub in Didsbury and The Lime Bar in Salford Quays. We visited at around 9 pm on Friday night and the venue was absolutely rocking. Operating as a bar, restaurant and microbrewery it sits in the heart of the town’s Stamford Quarter. 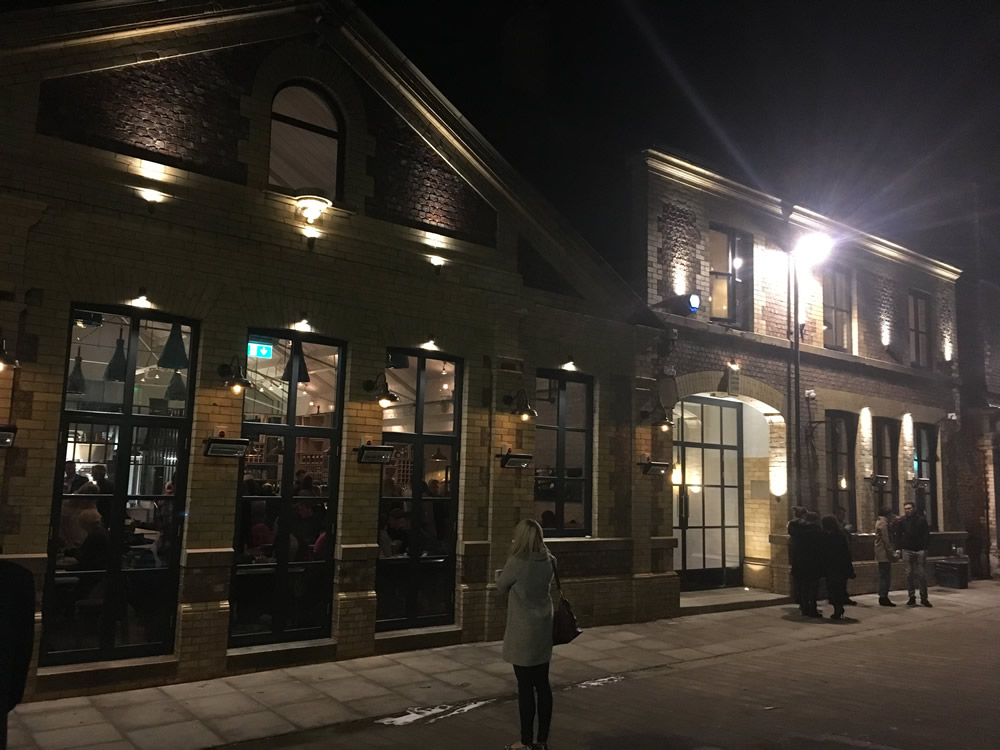 The doors open to the main room on the left as you go in which used to be main snooker hall, housing three tables, pool, darts and dominoes as well as a stage at the back. The whole interior has been knocked back to the brick and painted white and the stage area has been replaced by the open fronted kitchens. The ceiling has been vaulted and there is a large seating area with communal tables – similar in style to the market.

The bar is sited in the middle with the old lounge transferred in to seating and tables on the right. The old TV room and toilets have been transformed in to smart new his and hers toilets and certainly in the Men’s ones there were rather too few urinals. Just two along the whole wall, I see queues ahead! especially if the place regularly gets as packed as it was on Friday!

This building has been crying out for a development like this and along with the new Tapas bar next door is a much welcome additions to the area. It will hopefully take some of the strain from the market and add to the ambience of the area, which is quickly becoming the hot bed of activity that the planners have been hoping for.

Money is streaming into the area which is in sharp contrast to a few years ago when it was all but dead and buried!

Altrincham is on the up so get there and help support it! chin chin!