We have been taking a look around the streets and one thing is becoming clear. Where once you couldn’t find a unit to trade from in Hale for love nor money, now there are a few sites up for grabs that don’t seem to be going very quickly. Some are being developed as we write, others look like they will never turn in to anything.

Take the old Spice Lounge which closed in early 2015. We ran a story on Facebook on July 2015 stating that Zouk would not be taking over the site after the company themselves quashed rumours. This was followed in September 2015 by the news that the family behind Zouk would be opening up as Raka – a healthy eating concept.

We checked the story with Zouk themselves once again today and they have confirmed that they will not be opening up in Hale at all. Despite the fact that the site has been behind a Raka hoarding for more than a year! Who knows what is going to happen to this site which has become something of an eyesore in the village. 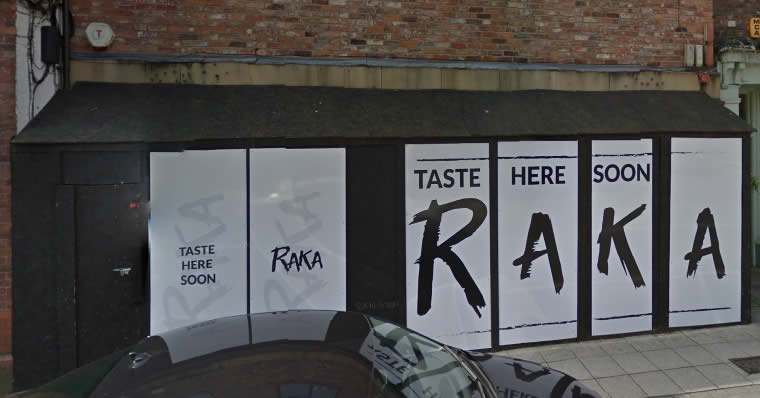 Other sites have recently become empty as well. Hibbert Homes at 187 Ashley Road have closed their house sales site and combined it with their lettings site at 175. HSBC at 201 has closed for good, ending a near twenty year association with the village. The nearest branch now is the centre of Altrincham which isn’t that convenient due to parking restrictions in that area. HSBC are closing a total of 100 branches across the UK in a bid to cut down on costs. Bridgfords at 189 has moved to The Downs, once again leaving an empty unit.

It’s virtually unknown for Hale to have so many empty fascias all at the same time. Go back a year and there wasn’t one. So what’s going on?

Is Hale not working? are there just too many restaurants competing with other or has Altrincham become the new go to place? Certainly if you look at The Stamford Quarter you see a hive of activity with shops like Idaho and Madam Butterfly opening on Greenwood St. New bars and restaurants like Porta and The Con Club have also made their mark very quickly.  There has also been speculation for nearly a year about Nando’s opening on the site of the old McDonalds.  Looking down there you can see that the whole building has been cloaked with scaffolding, so it’s looking increasingly likely that this will happen.

But it’s not all good news for Altrincham. Our friends at Ombak have closed the shop on Moss Lane for good, preferring to trade very successfully online only. According to owner James Tatham there just wasn’t enough footfall in the area to warrant a retail outlet selling furniture at that location.

So what is happening to Hale? Is this the start of a major swing towards Altrincham or is it just a seasonal blip. Let us know your thoughts in the comments section below.