This Powerful Edwardian Northern Classic was written in 1912 by Githa Sowerby, Rutherford and Son was a huge initial success, achieving widespread critical acclaim but then dropped out of sight. The plays modern revival did not begin until the 1980’s but it has now been performed again in the West End, on Broadway and the Royal Exchange, Manchester.

In 1998 Rutherford and Son was included in the list of the top 100 plays of the 20th century by the Royal National Theatre. 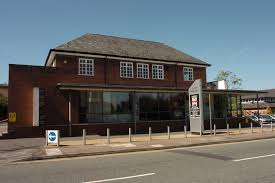 The play takes place in an industrial town in the north of England, a few years before the First World War. Mr. Rutherford is a widower, but his house is far from empty: also living there are his spinster sister and his three grown children – Janet, John and Richard – along with John’s wife and their new baby. Rutherford owns a glass factory which was founded by his father, and which is one of the largest businesses in the town.

The house has an oppressive atmosphere to it, partly because of the winter settling in, but more because of the fear that Rutherford inspires in his family. The play comes to a climax when he is confronted by a family mutiny which threatens to destroy the family as well as the factory.

This play can be compared to Hindle Wakes, and Hobson’s Choice, both Garrick favourites, but the big difference is that it was written by a female dramatist- quite a rarity for the Edwardian Age. She originally published the play under her penname G. K Sowerby but when it was revealed the author of the hit play was a woman she achieved instant celebrity.

Tickets are available from:

Sponsored by FMS Furniture Specialists, a leading supplier of furniture for school, home and office. 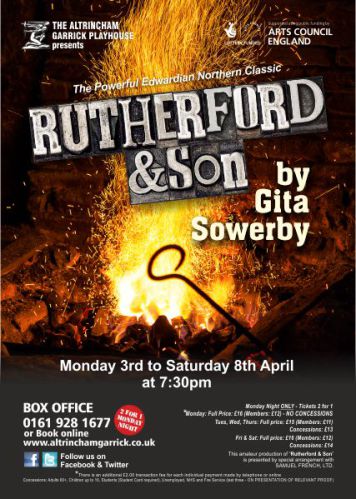