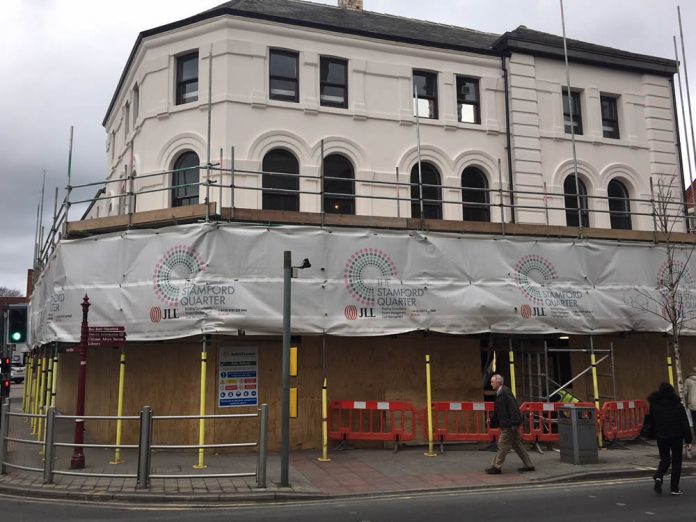 So it’s been widely reported that Nando’s has finally submitted its plans for a new restaurant in Altrincham on the site of the old McDonalds. And about time! As you know we have run a few surveys over the years, the first going as far back as 2013 We asked the good people of Altrincham what they would most like to see. Second only to Top Shop came Nando’s. We wrote to the company a few times asking them when they were going to come. So it’s with real satisfaction that we all have what we want.

The whole site has now been gutted from floor to ceiling as you can see from the picture below. We have read that the restaurant will only be on the ground floor but the steps going up are still clearly visible below.

We understood that the new Nando’s would open at the end of Summer but the company is being very guarded about this. They have only recently been advertising for an Assistant Manager. If they can’t tell prospective candidates when the opening date is I can’t see them getting very far!

We are just happy that this iconic building in the centre of town will finally be re-used and by something that Altrincham actually wants!

The stones cladding is all but done to the downstairs and the upper stories have had a renovations and lick of beige paint to match!