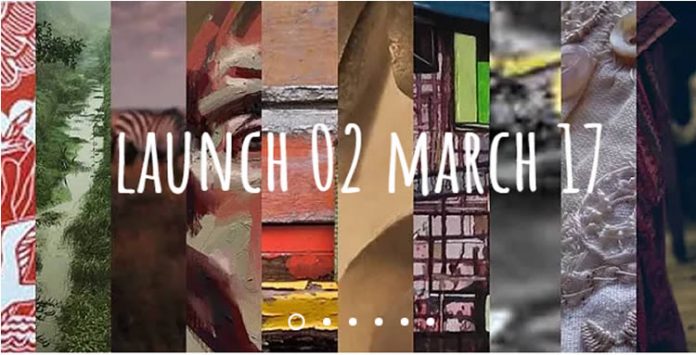 The Hidden Altrincham arts festival will be back for a second year this September. It is looking for community involvement to build on the success of last year’s event.

After a public vote Open Studios Altrincham has been awarded £1000 from the Aviva Community Fund to run Hidden Altrincham again this year. A further grant of £2000 to market and promote the event has been received from Altrincham Unlimited.

Hidden Altrincham will take place in venues across the town from 14-24 September 2017. In 2016 the festival exhibited the work of seven internationally renowned artists, including Altrincham-based Paola Bazz. Plus a further twenty five artists in cafes, shops, restaurants and offices. This year the festival is being extended to include musicians, poets, dancers. In fact anything that comes under the definition of ‘the Arts’. 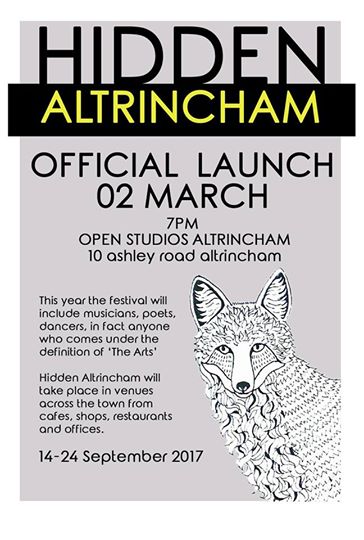 Anyone interested in getting involved, whether as an artist, volunteer, sponsor or venue, is invited. Open Meeting at 7.30pm on 02 March, at Open Studios, 10 Ashley Road (first floor) Altrincham.  Jo Cushing (lead organiser of Hidden Altrincham) and her team hope this will be a great opportunity to start a conversation.  She wants to develop ideas for the festival with all interested parties.

“Some of the best ideas come from chance happenings when people who don’t usually come together meet. Big quirky, collaborations, or small and simple projects –  we would like to hear about them all.”

Jo and the team are looking for an army of volunteers to get involved in promotion, marketing and media, signage and decorations, project & event management and as runners and general helpers.
Jo says,

“It’s is a fantastic opportunity for people to get involved in their community and enjoy being part of a festival. It will be a great experience, particularly for young people”

Further sponsorship is required for this ambitious event. If you would like to sponsor an event or a particular artist, please contact Anne Earley on 07932 116398