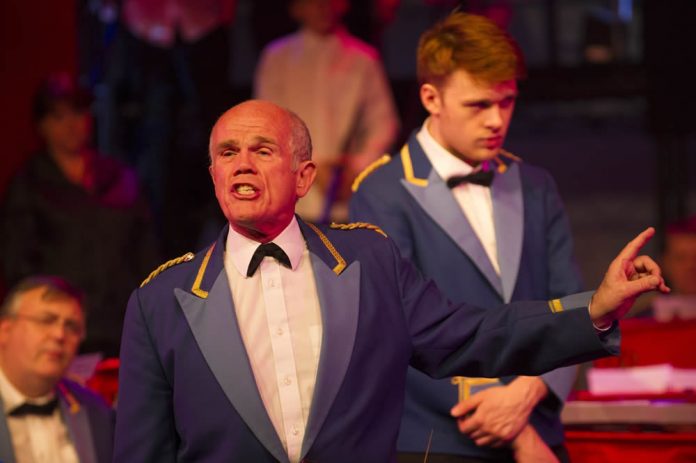 The stage adaptation by Paul Allen is set in Grimley (Grimethorpe), a mining town in the north of England, when the mine is up for closure. The plot concerns a family within a community fighting for survival and the fight, too, for the community band, a symbol of unity and success.

The play is adapted from the screenplay by Mark Herman which was turned into a multi award winning, and massively popular, film starring Pete Postlethwaite, Tara Fitzgerald, Ewan McGregor, and Stephen Tomkinson.

Check out Photos Of The Rehearsals Below:

Brassed Off - The Garrick - Altrincham - Rehearsals
1 of 6

The Garrick is delighted to feature Wingates Brass Band in this production. Formed in 1873, they are a Championship Section Brass Band based in Wingates, near Westhoughton, and were originally known as the Wingates Temperance Prize Band. Since then, they have become a member of the elite of brass bands and have been British Open Champions 7 times and British National Champions 4 times. In 2013, to celebrate their 140th anniversary, they were featured on the BBC Radio 2 show ‘Listen to the Bands’, recorded their first double CD ’From Fifes to Fanfares to Fame’ and, to round off a memorable year, they became Northern Open Champions.

Wingates today are considered to be one of the most entertaining brass bands in the UK, and are currently ranked at number 30 in the world! This is your chance to see them in action in what is sure to be a highlight of the Garrick’s year. 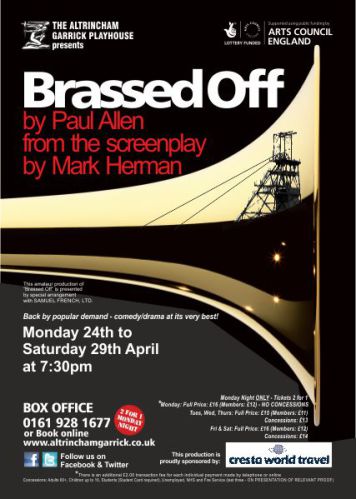 Question to the audience- ‘Is she really playing or is she miming?’ You’ll have to come along to find out!!!

Tickets, as expected, are selling really fast, so it is essential that you book early to avoid disappointment. 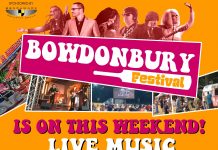