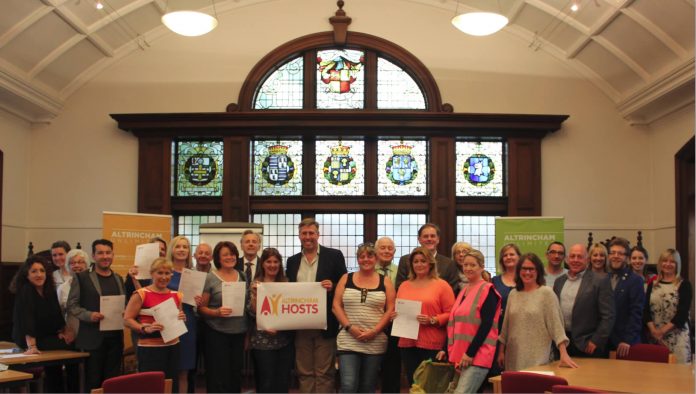 Altrincham Hosts’ Launch Evening took place on Friday 23rd June at Altrincham Town Hall, giving local people the opportunity to find out about a variety of ways in which they can make a difference by volunteering at events and activities in Altrincham.

Modelled on the successful Knutsford Hosts scheme, which has been running for three years and now has over 85 volunteers, Altrincham Hosts aims to bring together enthusiastic local people and match their skills, talents and interests to the needs of Altrincham organisers, community groups and charities. The scheme is unique in that the Hosts are not aligned to any one organisation, and with a minimum time commitment of 2 hours, even the busiest people can get involved and play a part. 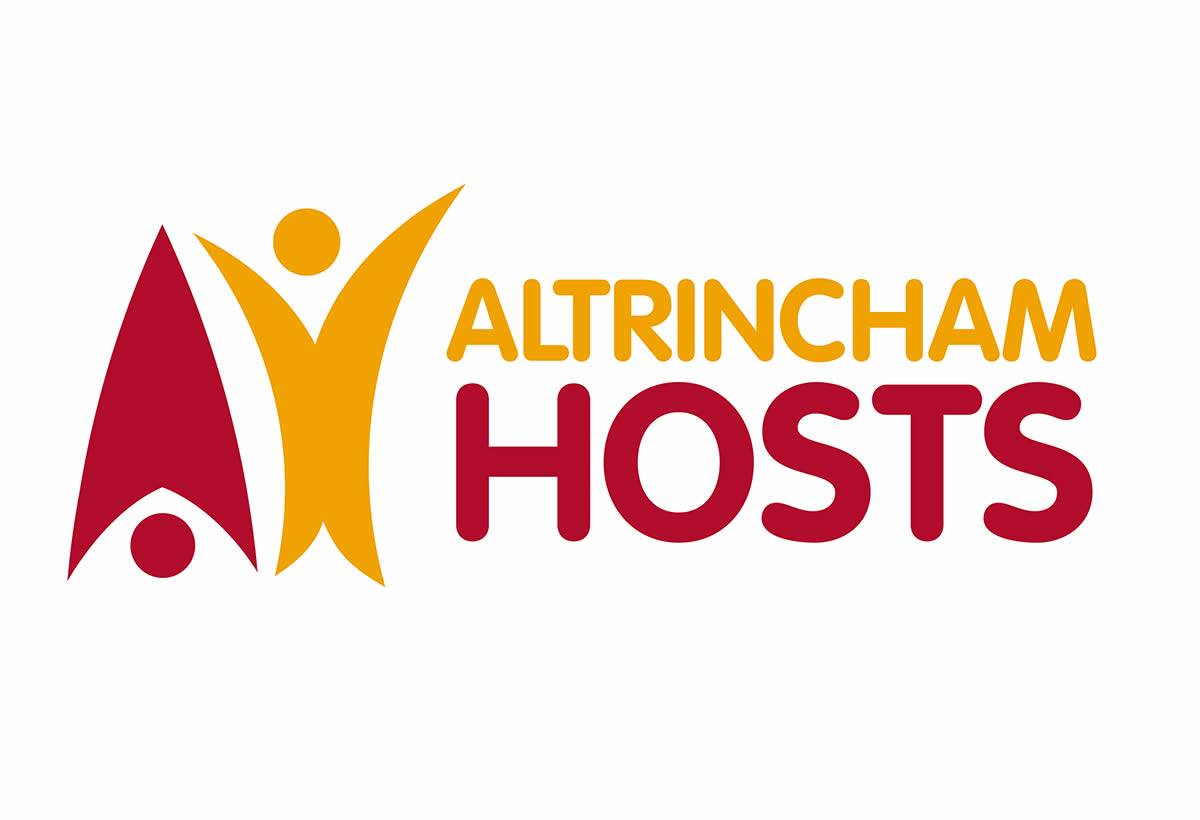 New volunteers were joined by three Honorary Hosts; Graham Brady MP, Matt Colledge, former Leader of Trafford Council and Joan Scott, Director of Trafford College, who spoke about the appeal of the Altrincham Hosts initiative, and its potential benefits to both the local community and the Hosts themselves.

“Altrincham has been on a real journey over the past decade, from a low point of negative national press coverage and high vacancy rates to the vibrant, confident town we see today. This was due in no small part to the dedication and vision of Matt Colledge, who as Leader of Trafford Council championed the regeneration that has well and truly put Altrincham back on its feet. People now feel a real pride in their local town, and the Altrincham Hosts project gives them a chance to get involved and make a tangible contribution to the continued success of the town.

“Knutsford Hosts have done a brilliant job in recruiting 85 Hosts in just 3 years, and knowing the local rivalries between our towns I’m sure Altrincham will want to emulate and maybe even exceed this number with our own Hosts programme!”

“Trafford Council worked hard to pull together all the pieces of the jigsaw to revitalise Altrincham; investment in the Market, development of a new Transport Interchange, Hospital and Health & Wellbeing Centre plus new paving and street infrastructure in key areas of the town. But this is only half of the story of what makes a town successful, and the other half is about the people who believe in and support their local town and want to see it thrive.

Altrincham Hosts is a brilliant way of harnessing that belief and enthusiasm; I thank all the people who have signed up as Hosts so far and wish them well in their first volunteering activities.”

“It was great to see such a good turnout for the first Altrincham Hosts information event. I am a passionate supporter of the impressive regeneration we have seen in Altrincham over the past three years, and am extremely proud to be an honorary Altrincham Host.

The programme is a real win-win for everyone involved; for the volunteers it’s a chance to meet new people, try new things and really make a difference, while Altrincham benefits from an enthusiastic bank of people ready and willing to support activities that give the town its heart and soul.”

Sarah Flannery, founder of Knutsford Hosts was also at the event to offer advice and insight into the success of the Knutsford scheme. She said:

“There’s a tangible buzz about Altrincham – so much has been accomplished during the past couple of years and the timing is just right for Altrincham Hosts to play its part in the town’s vision. There’s a great sense of purpose and community spirit and I’m really excited to see how the scheme develops.

“I’m sure that the Hosts will become as popular in Altrincham as we have seen in Knutsford, and I’d encourage everyone to get involved.”

To sign up as an Altrincham Host or for more information please call 0161 924 2238 or email info@altrinchamunlimited.co.uk