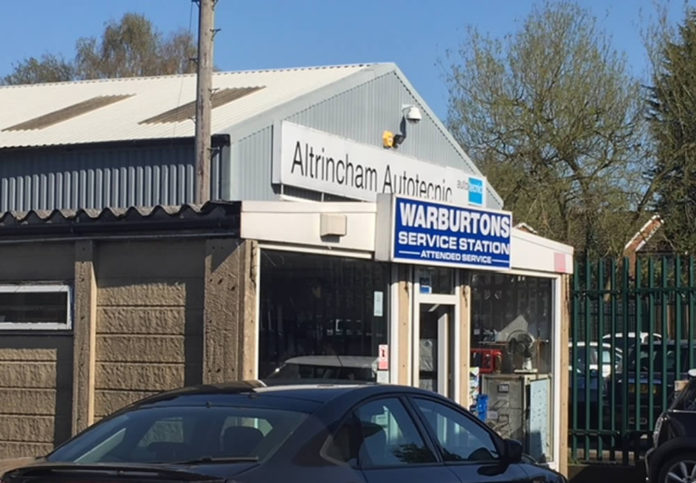 We always like to big up our local businesses but this time it is at the cost of another one albeit a National chain.

We dropped in at National Tyres just before 1 pm today because we had a nail in the rear tyre of our car, a Volkswagon Tiguan. The car had been serviced just less than a month previously and we were told that one rear tyre was at 55% (the one with the nail in) and the other at 52%, both perfectly legal, half worn.

We left the keys with the guy on the desk and they checked they had our phone number and said they would call us in 30 minutes to tell confirm what they were doing. We were told it was £20 to fix the tyre. We strolled into Altrincham and had lunch and after a couple of hours went back over the railway line back to National Tyres. 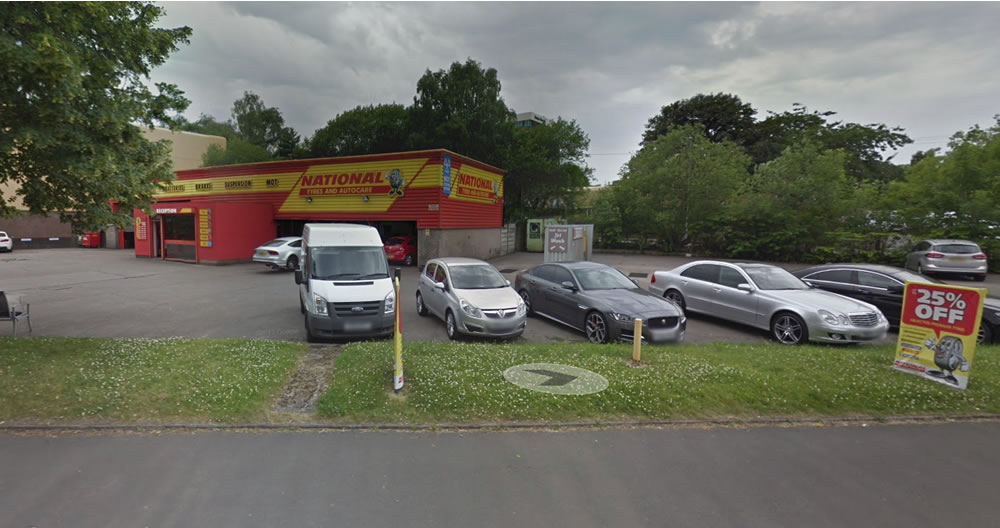 After a few minutes wait the guy we had spoken to earlier said: “Your Tiguan needs tyres on the back, both back tyres are completely bald on the inside, we can’t fix it”. I asked him why they hadn’t called us and he lied, saying they had tried to. I asked him for the key back and he stormed off.

They had done nothing. I told him that the car had just been in Volkswagon Altrincham and that they said the tyres were perfectly OK. “They must be blind then, tell them to go back to Specsavers,” he said. I said “Is that illegal?”, he said, “Yes that’s dangerous that we couldn’t repair that.” “So that’s illegal” I replied. “No it’s not illegal” he contradicted. “Is that illegal? ” I repeated “No none of them are” he reaffirmed.

“So why can’t you fix it?”  “because it has to be above 3 millimetres of tread and it’s not and it’s dangerous and I won’t, out me own safety. If I blow that tyre up and it blows out, it kills me, not you, because anything could go wrong with that tyre as it’s misshaped, it’s not equally worn”.

Now I might just add here that National Tyres had seen these tyres around 9 months previously and realigned the wheels. They didn’t mention at the time that they were dangerous or needed replacing and we’d barely done 3000 miles more.

“You’re supposed to have them re-aligned every three to four months.” the man said.

The Michelin Website says you only need to get them re-aligned if you ‘feel’ they have gone out or have new tyres: https://www.michelin.co.uk/tyres/learn-share/care-guide/wheel-alignment. Or “Every two to three years” according to Testing Autos here: https://www.testingautos.com/car_care/when-should-wheel-alignment-be-done.html so I’m not sure that it is generally understood that they need re-aligning every three to four months (Can anyone corroborate?).

I kind of got the message earlier and from their attitude, that things would end badly but gave them the benefits of the doubt. The offhand and frankly rude man – storming off because we wanted the key back and then trying to justify why he wouldn’t fix a perfectly legal tyre. Maybe it was the thought of £400 rather than £20 that swayed his judgement?

Anyway off to Warburtons for an opinion. 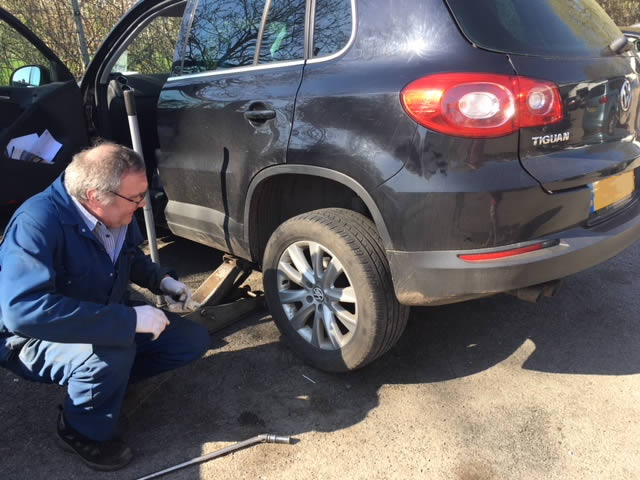 We drove to Warburtons on Moss Lane and just asked the mechanic who usually does MOTs to have a look. No problem whatsoever. This lovely fella removed the tyre with the intention of fitting the spare so it could be sent off to be fixed. His mate came out and said “Hang on, I think  I can fix that”. They used an American system of plugging the tyre and glueing the hole and charged me £10.

My other car is now booked in at Warburtons for its MOT!

I can’t praise wonderful Warburtons enough – pleasant people. I had never really spoken to this mechanic before, to him, I was just a guy who had wandered in off the street, but he did a cracking job and all for a tenner! Just brilliant!