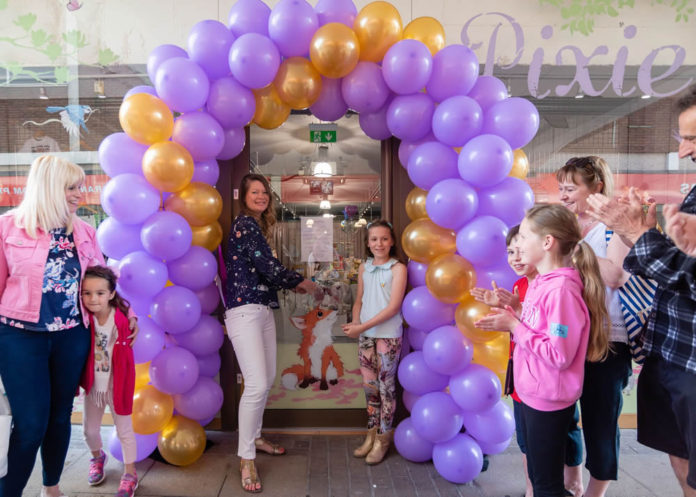 Pixie Childrenswear has opened its second store in Altrincham.

The award-winning childrenswear and toy shop opened its doors on George Street, Altrincham on Saturday 19 May, its second location in Cheshire.

The new 2,000 square foot store officially launched on Saturday the 19th May 2018 with a ribbon-cutting ceremony by owner Gillian Franks and her daughter Amelia, who gave a wonderful speech thanking all their customers and officially inviting them into the new shop. Pixie first opened in Cheshire eight years ago, with a shop in the popular village, Hale.

“From a fledgeling start we have successfully established ourselves in this niche market and we believe the time is right to open another store. The revitalisation of Altrincham along with its increasing popularity made it the ideal choice.”

Pixie will be a welcome addition to the increasingly vibrant shopping scene in Altrincham; in November 2017 they were crowned winner of the prestigious CWB Independent Retail Awards’ in the Best Kids’ Store category.

Pixie Childrenswear went head-to-head with entrants from across the country before being named Best Kids’ Store of 2017 by an expert judging panel.

The store was judged on everything from customer service through to visual merchandising. Commenting on the win, Laura Turner, CWB editor and judge of the CWB Independent Retail Awards 2017, says:

“Pixie Childrenswear pays great attention to its customers’ needs and tastes, demonstrating in-depth knowledge of its target customer. The retailer invests heavily in marketing, customer service and in-store events and boasts a clear and considered strategy for continued growth and success.”

Residents and visitor to Altrincham can enjoy the same highly personalised service, great value and quality products from Pixie in Altrincham. The new shop will also include a flexible space that will be used to host an exciting programme of interactive events, workshops and pop-up shops designed to promote Pixie as a “destination of discovery” for children and families.

Pixie is also one of only a few independent shops to stock the exclusive Someday Soon Jurassic World product range, the result of an exciting collaboration with Universal Pictures to celebrate the new film ‘Jurassic World: Fallen Kingdom’, and which Pixie will be selling from the Altrincham store.

“We are confident the shop will bring the best that Pixie has to offer to the residents of Altrincham and we’re very excited to become part of the Altrincham retail community.”

Pixie celebrated the opening of its new shop in style with a day of in-store activities including competitions, refreshments and goody bags for the first 30-customers* (with gifts from top brands including Lego, Top Model, Molo, Glammrags and Angel’s Face).

* with purchase and while stocks lasted 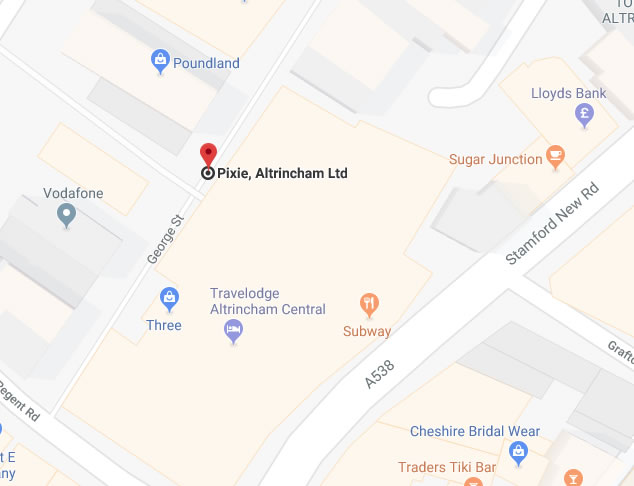