Hale Barns Carnival – 20% if you order tickets before December 24th!

The Hale Barns Carnival will return next year on July 20th & 21st with the organisers promising another spectacular summer event to celebrate their third year with the event held once again on St Ambrose Playing Fields.

‘We have been working on securing big names for next year’s Carnival and I couldn’t be happier to announce our first headline act today’.

Spandau Ballet heartthrob; Martin Kemp will headline the Sunday evening concert with a special Back to the 80s set.

Martin first rose to prominence in the new wave group Spandau Ballet and went on to sell millions of records worldwide.

The quintet was famed for songs such as ‘Only When You Leave’, ‘Through the Barricades’, ‘True’ and of course ‘Gold’.

Martin also has a successful TV career, starring in the likes of Eastenders and The Krays as well as appearing in a number of TV shows recently like documenting his desert island experience on ‘Celebrity Island’ or judging BBC’s talent show; ‘Let it Shine’ cementing himself as a TV household name.

Martin Kemp will perform a special DJ set for the Hale Barns Carnival as well as performing the Spandau Ballet hits we know and love.

‘We are over the moon to have Spandau Ballet’s Martin Kemp performing in Hale Barns next year, having seen how electrifying and full of energy his solo shows are to which he has performed in front of 50,000 people at various festivals, I knew he would be the ultimate headliner for Hale Barns and so happy we’ve got him’.
Max added.

The Hale Barns Events team are yet to announce the Saturday headliner but promise another big name announcement to come, the event is growing thanks to continued support from sponsors like local firm Benchmark Security Group who will once again be sponsoring the local event.

Early bird tickets are on sale now for 2019’s event at halebarnscarnival.co.uk with no booking fees and for a limited time, you can obtain a special early bird discount of 20% if you order tickets before December 24th by entering promo code ‘EARLYBIRD‘

Tickets are expected to sell out quick so don’t delay. 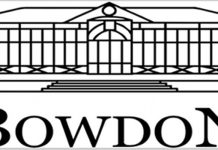 Bowdon Club – Help It To Have A Sporting Chance! – Prize Draw 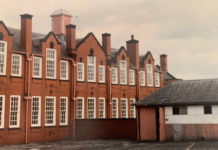