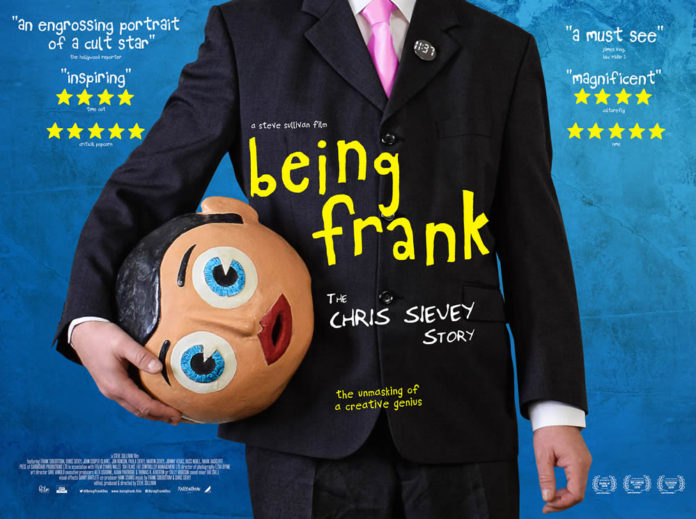 After a 7 year wait, Being Frank – The Chris Siever Story, the documentary about Frank Sidebottom finally hits the cinemas on March 29th!

As everyone in the Altrincham area knows Frank was a larger than life (especially his head!) character who put Timperley on the map. The character of Frank was played by local Chris Sievey who tragically passed away in June 2010 of cancer. Chris was previously lead singer and frontman in The Freshies whose members Rick Sarko and Barry Spencer feature heavily in the film.

This new trailer for the film was released today:

Featuring interviews with Chris’s family and friends as well as Johnny Vegas, Ross Noble and Mark Radcliffe the film is packed with Frank’s work, both on TV and in the many anecdotes.

A must watch movie and about as local as you can get!