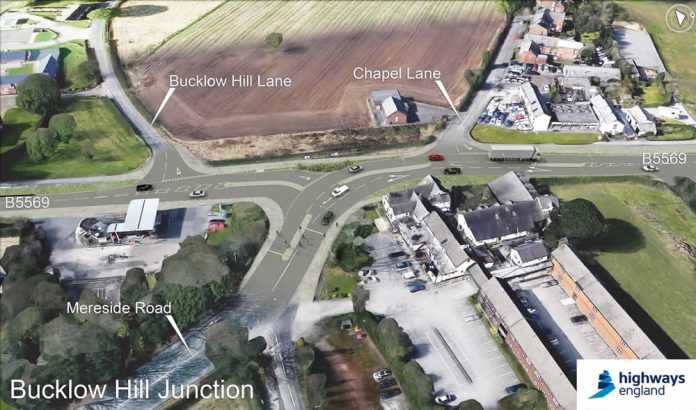 Yesterday we published the road closures over the next few weeks that will lead to the completion of this ambitious £193m scheme. Now Highways England have released new photographs showing how the new B5569, as it will be called, will connect at Bucklow Hill through to Mere Golf Club and the A50.

The New road will be called the A556 and the old road which is being de-trunked i.e. going down to two lanes, will be called the B5569. The turn-off up Mereside Road will be much more logical as will be the long silly right turn in to Mere Golf Club which has always caused anger and congestion.

Mere Golf Club and A50 Road

Take a look at the image above for how the Bucklow Hill/Swan Motel turn will be changing and the image below for the new right turn in to the B5569. It is clearly designed to attract only local traffic, most of which will be using the new by-pass. 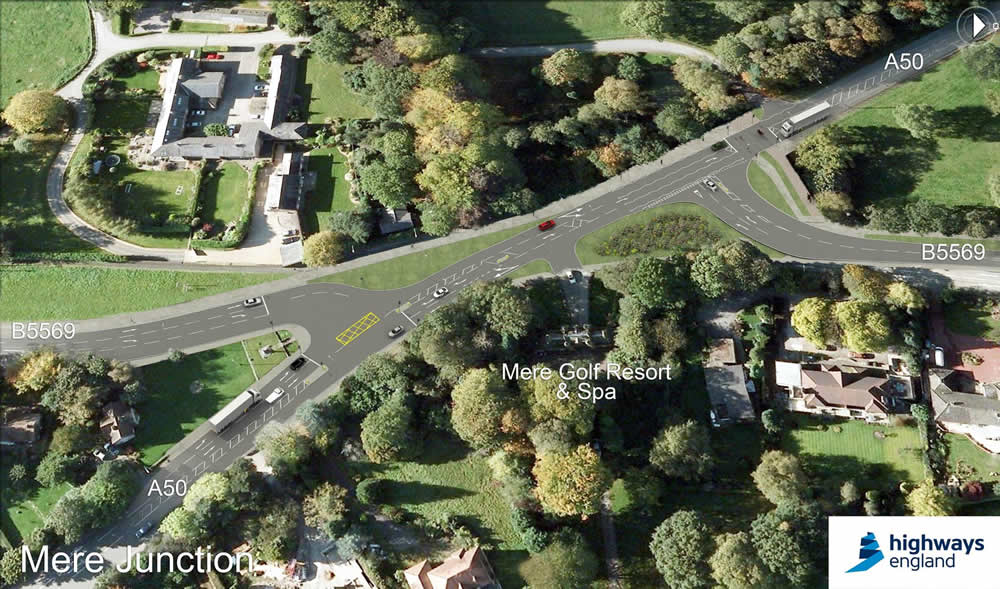 Fascinating stuff with the new 4.7 mile stretch of the A556 really making a difference where the A50 becomes the more dominant route.