Big Band director Andrew Turnbull would like to hear from local players who are interested in joining the ranks of a new proposed community big band in Altrincham: Big Band Skool Altrincham.

Andrew:”Players at all levels are invited to join us in this new venture. Especially the sorts of instruments associated with a big band: Trumpets, Trombones, saxophones, Clarinets, flutes and not forgetting the rhythm section of bass, drums and keyboards. Whether it’s for fun, education, opportunity or more, I hope the new venture can accommodate everyone.” 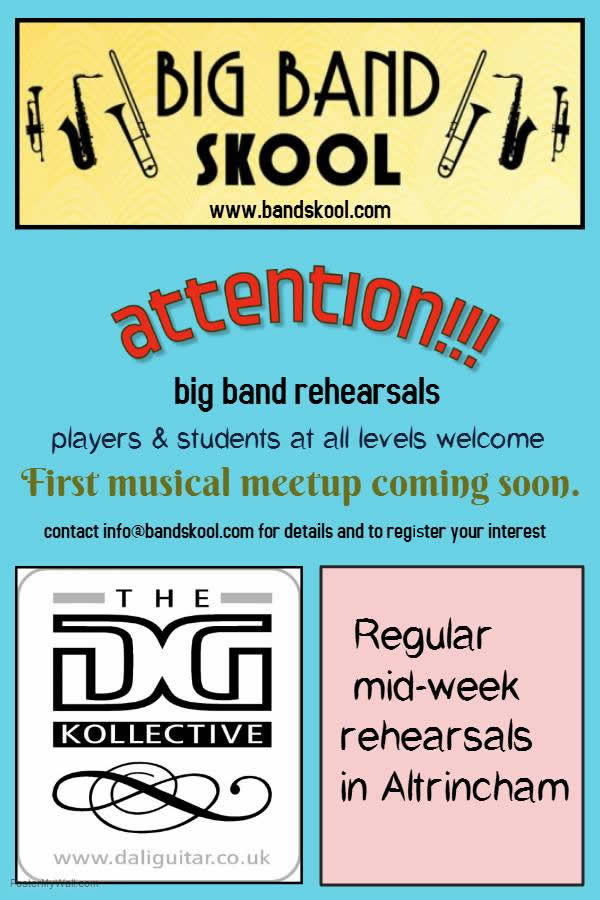 Big bands were at the height of their popularity during the 30’s and 40’s when they were used principally for swing dances, usually associated with big social occasions. But the big band format never went away and to this day, there are players, band leaders, composers and arrangers keeping the flame burning bright.

“The challenge for a big band is to be relevant to the times we live in as well as respecting the past and its heritage. I would hope such a big band can cover a lot of music including original swing music by the classics such as Duke Ellington and Count Basie.”

Andrew hopes that if the band takes off that it will become possible to put on local dances and concerts hosted by the band.

“Swing Dancing hasn’t gone away, In fact, it appears to be enjoying a real comeback over a number of years. All around the country there are swing dance scenes. I would be happy for the band to work with local dance schools that can teach people the right steps.”