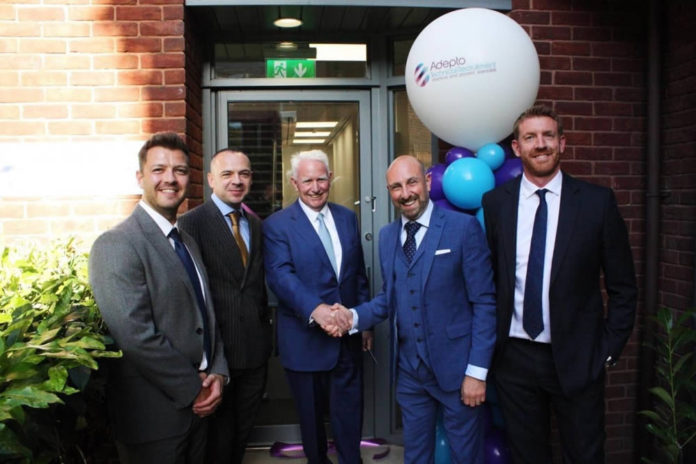 Adepto Technical Recruitment Ltd has opened its new offices on Ambassador Place in  Altrincham with space for up to 40 employees. The company is a specialist engineering, manufacturing and scientific recruitment consultancy. It focuses on the provision of permanent staff and contract resource to the UK and European Chemicals, Life Sciences and other Highly Regulated Markets.

More than 25 years ago, Nick Bradley began his recruitment career in a local SME agency at 11 Ambassador Place in Altrincham. He was joined shortly afterwards by his now business partner, Lee Knowles. During their time there they saw the business become a global company with over £650m turnover while being instilled with a particular set of business-minded values they hold to this day.

Now, Nick and Lee are founders and owners of Adepto Technical Recruitment. Established in 2015, Adepto has grown to £10m in turnover in just four years. This is similar to the size of the SME’s turnover when they joined it.

As part of their aggressive growth plan, they have now gone full circle and purchased their very own office at Ambassador Place where their journey began. They are now giving young graduates from the Altrincham area the same business opportunities they were afforded.

Their former boss Geoff Lloyd was guest of honour at the grand opening of the new offices. Geoff is now the Chairman/Non-Exec of a portfolio of Recruitment businesses that have an annual turnover in excess of £1billion. He is originally from the Altrincham area and was Chairman/Owner of Altrincham Football Club in the late 1980’s/early ’90s so has many historical ties to the area. The Adepto team hosted clients, candidates, former colleagues, friends and family at their official office opening party. 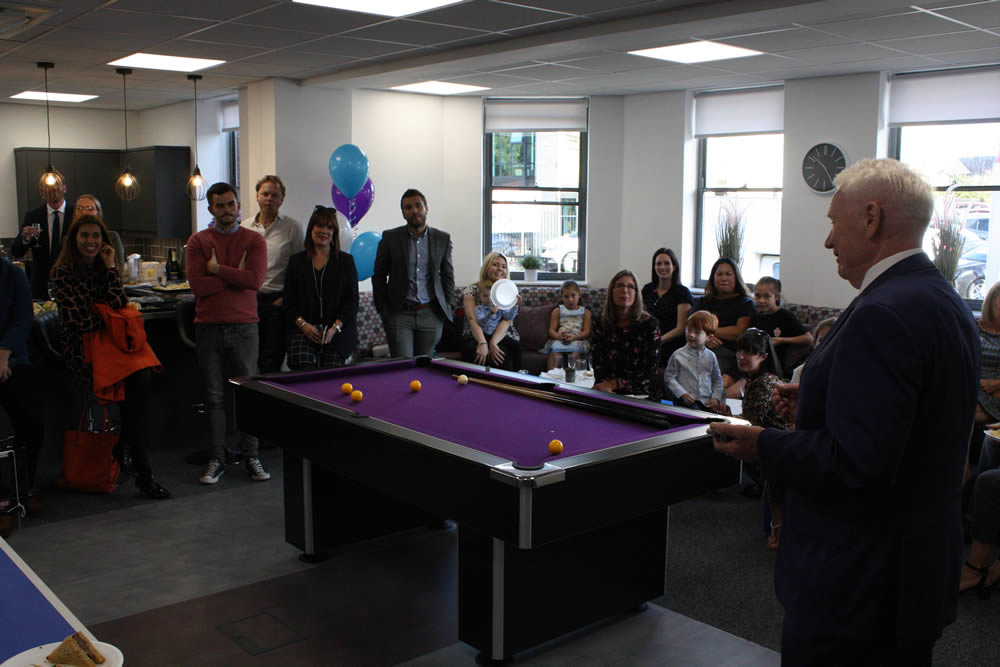 “When we started off in recruitment, this is where it all started. We were schooled here in this very office as business-minded people. Now we are looking to bring in like-minded people, from local graduates to senior consultants, to share this journey with us as we look to achieve our strategic aim in becoming best in class in our chosen markets.”

The company has moved from a small 800sq ft space to their new 2,500sq ft office and has grown to a team of 15 in the last four months.

Together with fellow Directors David Arnold and Robert Collier (who themselves have spent large parts of their career in the Altrincham area) Nick and Lee are now looking to instil the same values and beliefs that they have carried with them throughout their careers to local people, giving them the chances they enjoyed in their career in recruitment.

The Directors at Adepto see recruitment as a career. Doing things differently, Adepto invests heavily in the internal and external training and development of its employees, looking to shape the future leaders of the business and the industry.