Who would you take with you when you go?

Altrincham author David Llewellyn has come up with a new twist on the crime novel. Indignitas is a serial killer comedy set in a euthanasia clinic. Without giving the game away, the murderers are the good guys and the victims have had it coming for a very long time.

“I think we’ve all contemplated the odd murder or two,” said David with a mischievous grin. “Of course we don’t do it for many good reasons but what I wanted was to create a scenario where we might be sorely tempted.”

A change in the laws on assisted suicide seemed like a good place to start. After all, every good crime story demands means, motive and opportunity. With euthanasia already legal in Switzerland, Germany, the Netherlands and Belgium, it might not be too long before the laws are relaxed in the UK.

“There’s the means,” said David. “All those clinics with the power of life and death at their fingertips.”

The motives were easier. “We all know someone we’d like to take with us when we go. An abusive partner, a sadistic boss, the inconsiderate b*****d next door … It’s not a short list.”

And the opportunity. “When you’re on death’s door, what have you got to lose?” 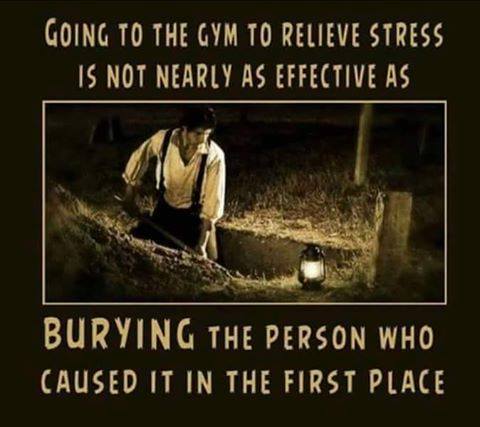 There are twists and turns in every chapter as the police begin to spot a pattern in the rising body count of unusual fatalities.

Given the setting, does Indignitas have a particular axe to grind about assisted suicide?

“I just wanted to tell a good story,” said David. “Having said that, I am intrigued by the contradictory views most of us hold when it comes to life and death. On the face of it, when it comes to euthanasia, abortion and capital punishment you’d think that individually we’d either be in favour of all or against them all, but that’s rarely the way it works. With this novel, one of the most interesting outcomes is in realising what you, as the reader, want to see happen to the guilty in the end.”

David is funding the book through Unbound.com which is a crowd funding platform for authors.  The page also has a section where you can actually appear as one of the characters for a fee, or simply help him fund it – We think it sounds like a great book, full of comedy and pathos, so good luck David!

After a 20 year career in social services, David currently works as a copywriter while studying for an MA in Creative Writing at the Manchester School of Writing / MMU.
He is the author of three completed novels: One Last Thing, Jack Par(r), & “potty-licks”

Rosewood House is home to the clinic founded by Drs Cartwright and Jones, respected physicians and specialists in degenerative medicine. In a harsh financial climate, the good doctors ease the suffering of the desperate and the dying but austerity is biting and the future is uncertain.

And then came Letitia: the teutonic Letitia Rutger-Green dragging her sick and down-trodden husband behind her. Arthur is sick but not dying. He has, however, lost the will to live and longs for release from any world with Letitia in it. The doctors and their colleagues know there is only one way to save him and that is by taking the life of his wife. With only days until her own termination, a patient steps forward. She has nothing to lose and wants to commit one final act of kindness before she goes. A line is crossed.

Twelve months after Letitia and the line has been redrawn many times. For a fee, a patient may select an abusive spouse, colleague or neighbour to take with them when they go, and in these little ways Rosewood House makes the world a better place.
Most of the off the books terminations are undertaken by enthusiastic patients, one of whom shines like a star. Mr Rimmington is one of life’s gentlemen and he embarks on a new vocation made possible by Cartwright & Jones. National Service, REME and a career in construction have given Mr Rimmington skills; skills he now puts to good use in implementing novel methods of execution. ‘They’re all “accidents”,’ he said. ‘I’m very careful.’

Mr Rimmington is loved by all: by Minnie, the receptionist; nurses Khan and Staples; Olivia Patterson, the young business manager; and psychotherapist, Evelyn Parks. Maybe not quite all. Not by Harold Mayer – killed with mustard gas in the cupboard under the stairs. Not by Brian Thurlbeck – internal combustion. Not by the Jackson family or Johnny O’Hara – carbon monoxide and the wrong rottweiler. In fact, there is a growing list of victims not quite so enamoured of Mr Rimmington.

As the story unfolds, and Dr Cartwright begins to lose his moral bearings, we are introduced to Lucien Haynes MP, Secretary of State for Health, who plans to extend the upper limit for abortion to eighteen years after conception. The nation is split and Mr Rimmington is commissioned to have a word with the Minister.
Meanwhile Detective Inspector Fredericks has discovered a pattern in the ever rising body count of unusual fatalities.

Back at the clinic, Nurse Khan is worried about Dr Cartwright’s enthusiasm for drumming up new business while her colleagues are wrapped up in problems of their own. Evelyn is inadvertently caught up in the murder of a schoolboy and Olivia has too many men in her life. Mr Rimmington could help but he’s a busy man!