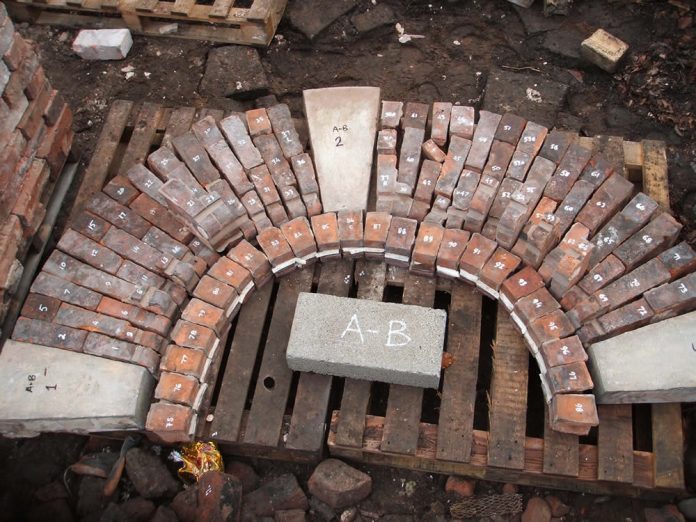 After our demolition photographs two weeks ago several followers expressed their dismay that the original twin facades of the old Victorian hospital had since been demolished. We assumed, along with everyone else that they would be used in the new building but they have clearly gone!

We wrote to the building contractors McAuliffe who actually have an office in Hale at the old Hale Conservative Club and they passed our enquiry to Citybranch Healthcare who are handling the project.

Well it seems that all our fears are allayed as Jack Street form the firm explains below. I will leave it to his words to reveal why the brickworks had to be demolished.

“I am the lead project manager for Citybranch Healthcare on the redevelopment of the former Altrincham General Hospital site. I have been forwarded the below query by the demolition contractor appointed by Citybranch, namely McAuliffe.

To reassure you regarding the original Victorian façade from the hospital, this is indeed being retained. It has been hand-dismantled from site but this is because the façade is being relocated nearer to the highway; it is also being dropped down to street level, as it is currently elevated. As I’m sure you are aware, Victorian Architects did not give much thought to disabled access and so raised the access into this building so that people had to climb several steps to enter!

The façade is scheduled to be re-erected by specialists once the main construction works get underway. Materials have been salvaged from the façade and are currently stored on site on pallets; we will be taking these away into storage whilst the new structural frame is erected, and then the façade will be re-constructed. I have attached an Architect’s impression of the rebuilt façade, along with a photo taken on site which shows the extent of the works being undertaken by the developer to salvage the material from the façade. Trust that this answers your concerns.”

This is how the hospital will look with the facades in place! 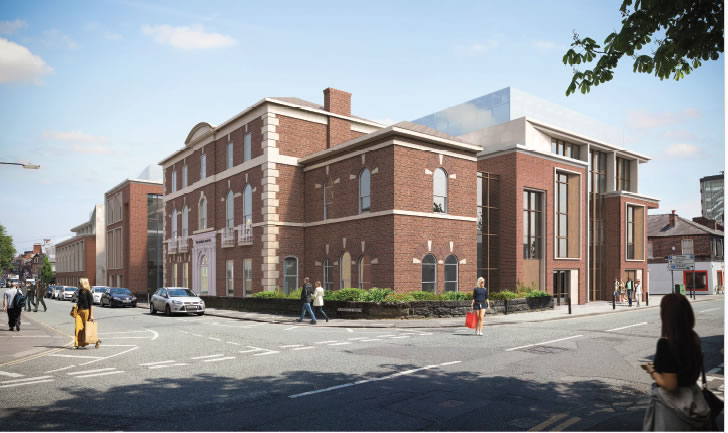 I think that most people thought the facades were gone forever or maybe that they were being rebuilt in new brick with the old ones being discarded. Thank you to Jack Street at Citybranch Healthcare for putting all of our fears to rest and to McAuliffe for handling our enquiry!