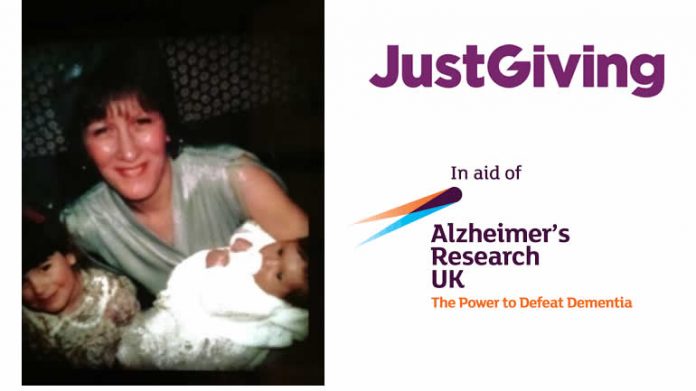 Two sisters to complete 4 challenges during 2017 for Alzheimer’s Research UK despite living thousands of miles apart.

Sisters Cherryl Seabrook from Altrincham and Catherine Grammatikos from Toronto, Canada are taking on 4 challenges throughout 2017 to raise money for Alzheimer’s Research UK and Alzheimer Society of Canada. This is in honour of their Mother who was diagnosed with early onset dementia in 2015 at the age of 59.

With little known about their family’s medical history, Cherryl and Catherine’s initial plan was to embark on a series of physical and mental challenges they could do together regardless of being on different continents. As their plan started to take shape it quickly became apparent that their passion and dedication could help other sufferers. Helping to generate much needed funding for medical testing and research.

Using social media as their mouthpiece, Cherryl and Catherine intend to share their story to a supportive audience, looking for encouragement as they tackle 4 challenges throughout the year.

They will start with a 10km run, followed by learning the alphabet & 10 key phrases in a foreign language. Then onto playing a complete song on an instrument. They will then end the year with an ambitious and emotional cycle across the equivalent distance of the Atlantic Ocean, door-to-door, which is 5500km.

“Although our mum’s diagnosis hit our family hard and turned our lives upside down, we are determined to maintain a positive attitude as we deal with whatever is next to come. There are number of reasons for these challenges, to name a few; keeps us close although we are many miles apart, to keep active mentally and physically, to raise awareness on possible preventive habits and lifestyle changes, to support others who are also affected and to obtain donations along the way for the Charities.”

Alzheimer’s Research UK powers world class studies focusing on prevention, diagnosis and treatments for dementia. There are 850,000 people living with dementia in the UK and this number is expected to rise to over 1 million by 2025.

“We’re so grateful to Cherryl and Catherine for supporting Alzheimer’s Research UK, it’s amazing that they are taking on 4 challenges despite living in different countries. Dementia affects a huge proportion of the population – one in three people over 65 in the UK will die with some form of the condition. Fantastic fundraising efforts like this will help us to defeat dementia sooner.”

Alzheimer’s Research UK, is the UK’s leading dementia research charity. The money raised will go towards pioneering work across Britain, focusing on preventing and treating dementia, while also raising awareness of the devastating condition.

To sponsor Cherryl and Catherine visit their fundraising pages;

Catherine’s page for Alzheimer Society Canada, http://www.alzheimer.ca/en will follow shortly whereby people will be able to pay in Canadian dollars and receive a tax receipt.

To also find out more about their challenges please follow #sistersmakingmemories2017 on social media channels.

For further information about Alzheimer’s Research UK, or to find out more about fundraising for the charity, call 0300 111 5555 or visit www.alzheimersresearchuk.org. 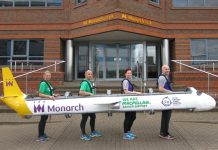