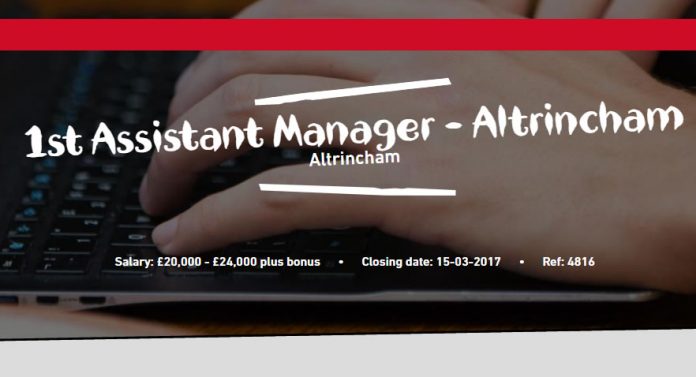 Back in early 2015 we ran a poll on our Facebook page asking the good people of Altrincham what they would like to see in Altrincham. Apart from the obvious landlord bashing, suggestions like Jack Wills, Primark, ahem..Spudulike and the return of Stanley’s Market!, the overriding winner was Nando’s!

On January 4th 2015 we wrote to Nando’s themselves as well as a number of other local organisations telling them the results of our little poll.

You can read the original thread here: Nandos For Altrincham?

Well it seems like they listened. Nothing is as strong as public opinion and with over 11,000 people reading the Facebook thread and 129 comments, the company has finally listened.

Rather like Willy Wonka hiding golden tickets in his chocolate bars, Nando’s release is very subtle. No big announcement, just a small piece in the local press and online advertising for a 1st Assistant Manager with a salary range of 20-24k/year – see below: 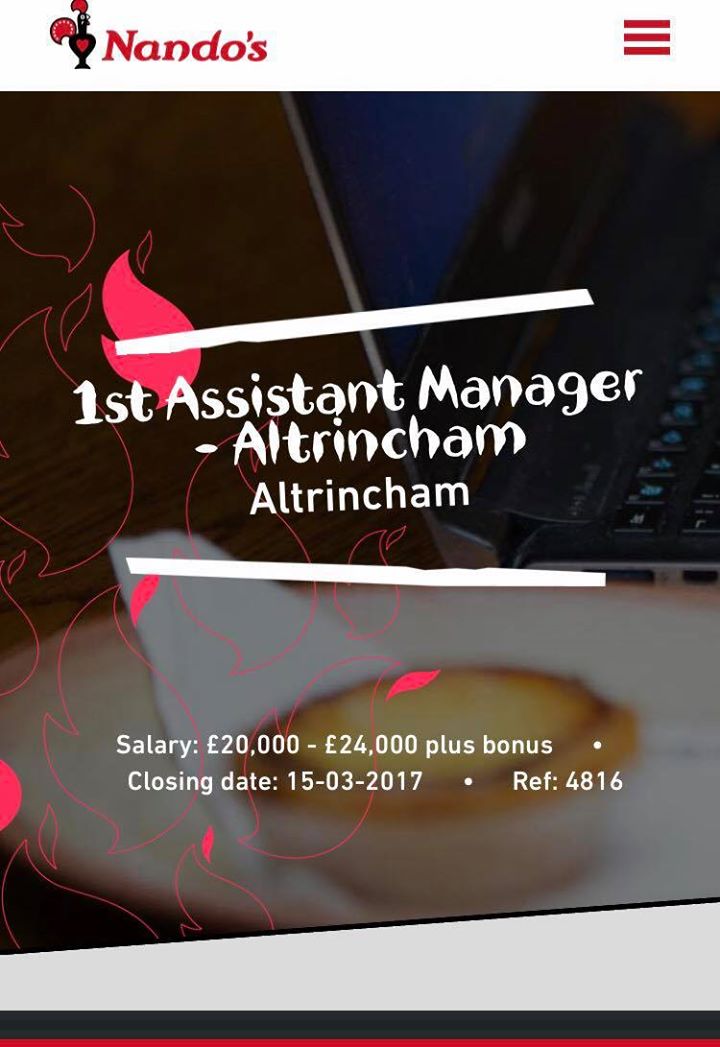 So Altrincham has spoken and the company has listened. Back in late 2014/early 2015 the market was still in its first flurry of youth and there were few other establishments around it. Now of course with the opening of a plethora of new bars and restaurants including Sugo and The Con Club the Stamford Quarter is buzzing. What better time for this, clearly popular, chain to come to Altrincham further enhancing the buzz?

The likely location of course is the old MacDonalds building (did you see what I did there?) on the corner of Cross Street. We reported on that before Christmas as the scaffolding had gone up – clearly a great deal of refurbishment was taking place inside.

We spoke with Nandos today and apparently the opening is some time away although they could not be any more explicit, we would estimate some time during the later summer months.

We have read a little dissent on some other sites but frankly it’s the best deal for Altrincham. The corner occupies a huge area and it needs a flagship store or restaurant to take control of it. No other small chain or independent could possibly afford the rest and rates on such a big building.

Altrincham gets what it wants – let’s hope it’s a roaring success and helps extend the good vibes out of the Stanford Quarter.

We will update you as soon as we know.