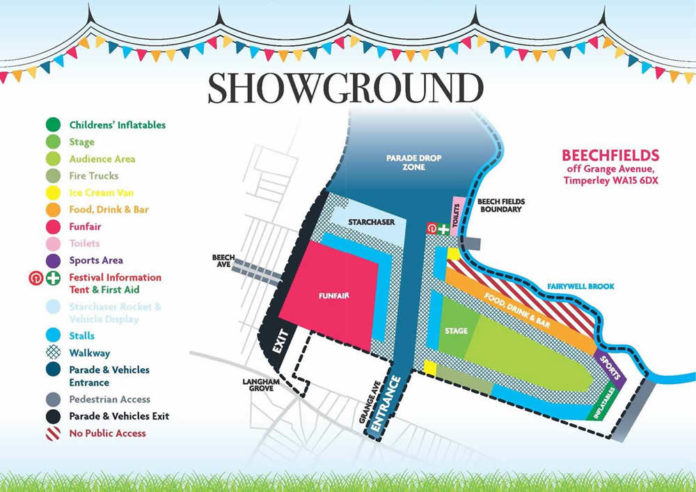 Altrincham Festival takes place on the first Saturday of July and has done since 1977, ironic really as the weather in ’77 was nearly as hot as that in 1976! This year is going to be a scorcher which of course is a bonus – the ice cream vans will be bursting at the seams!

On Saturday there will be a rolling road closure in place, this is to cause as little disruption as possible. Roads close as the parade approaches and then reopen as the parade passes.

The movies themed grand parade will leave St Margarets Road in Bowdon at 11 am and head down The Downs and through Altrincham. It will arrive at The Hare and Hounds Pub junction at approx 11.30 then it will head into Timperley village for around noon entering The Showground at approx 12.15. 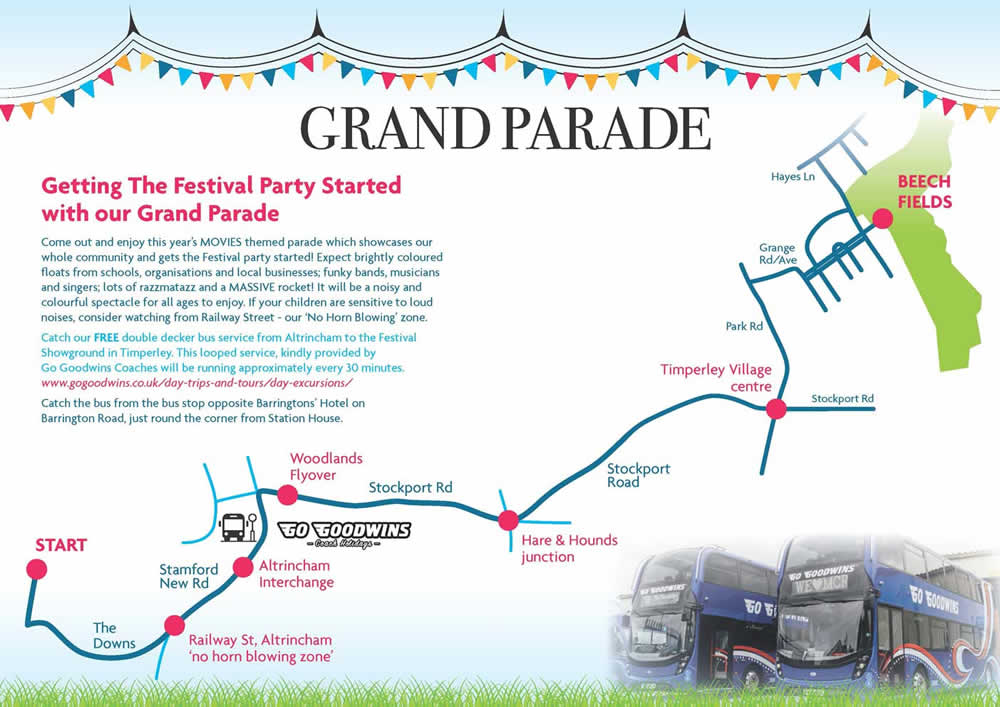 The actual location is shown here on this interactive map:

Free Shuttle Bus From Altrincham To The Showground

There will be a free bus service from Altrincham centre to the Showground which will run every half hour. It will operate opposite the bus stop on the opposite side to the Barrington Hotel on Barrington Road.

This has changed significantly with clear areas defined for each activity set to take place during the afternoon: 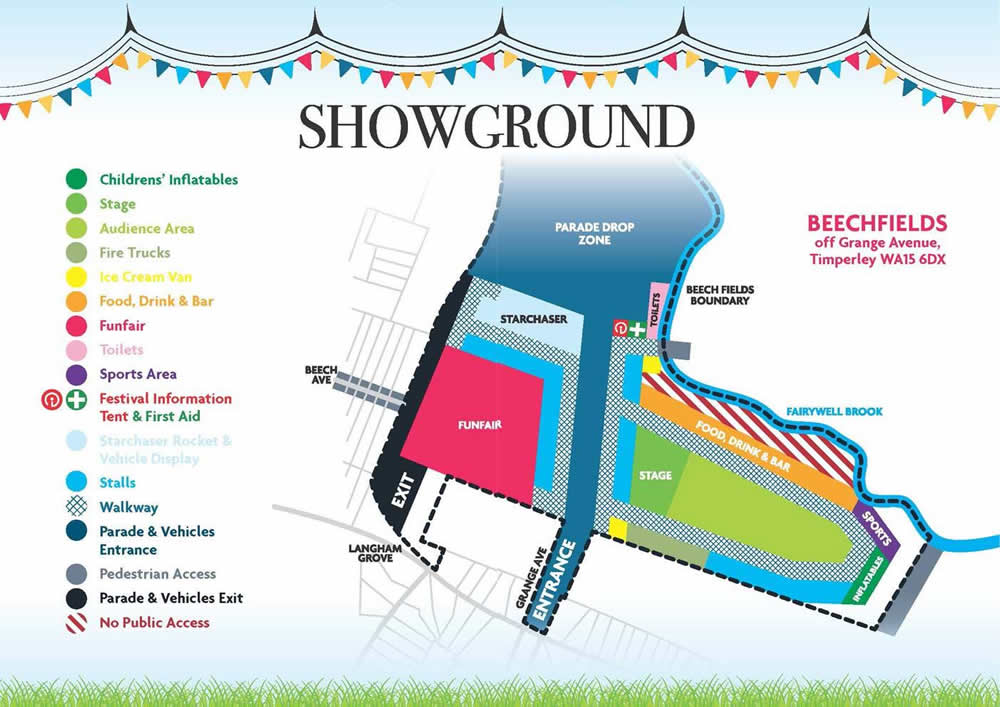 As you can see the fair stays in the same and there will be a full stage providing entertainment throughout the afternoon!

The Henry Revue Band is based at The Green Room in Altrincham. The band promotes Manchester talent by featuring various vocalists, from the sweet smooth melodic sounds of reggae to pop fusion and soul. The Henry Revue is guaranteed to keep you dancing!

“Fred is a local emerging Poet of the ‘urban’ genre, and regularly performs at Sale Waterside Arts with ‘Write out Loud’.

Onyx Academy of Dance is a new vibrant Performing Arts School which covers everything from Break Dance to Ballet.

An enthusiastic 5 piece from Manchester, playing classic rock, indie, punk and some pop music, covering such artists as Eddie Cochran, The Beatles, The Stone Roses, Creedence Clearwater Revival, Rolling Stones and many more.

Jessie Anne Ginty is a local singer/songwriter from Sale. Her influence is mainly modern country music.

Singer as seen on X- Factor

Fans of the Blues Brothers will love the soul and swing of this brand new collaboration between local big band the Hootin’ Annies and The Sultan, aka Michael Welton from internationally renowned a cappella group The Magnets. 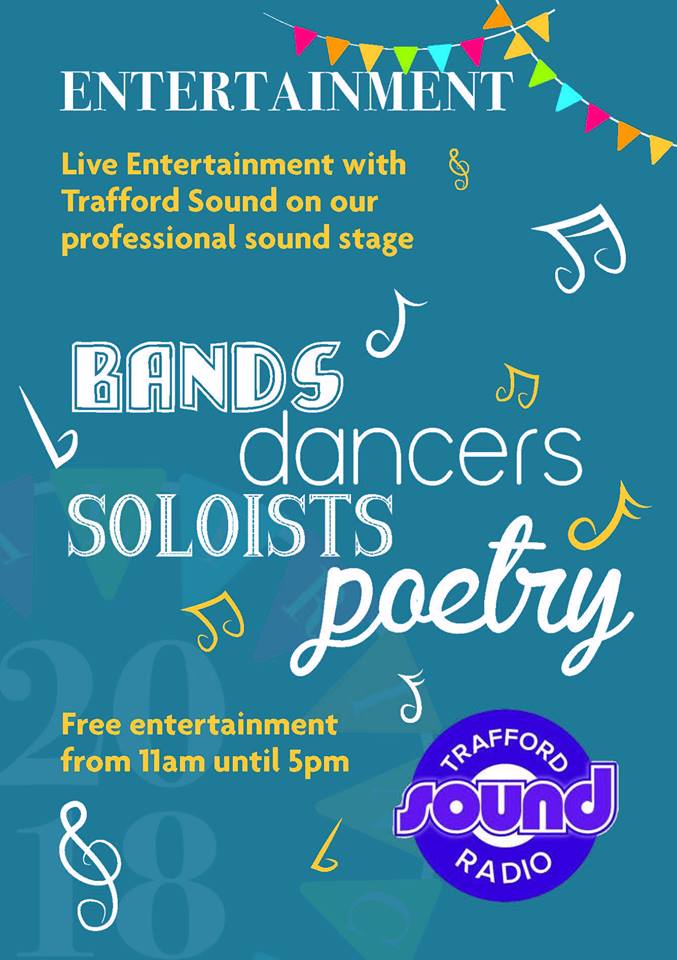 Traditional burger vans and smelly hot dog stands have given way to a cornucopia of exciting food stalls! From Thai street food to crepes and food for hungry little critters! Th, of course,o of course a licenced bar! 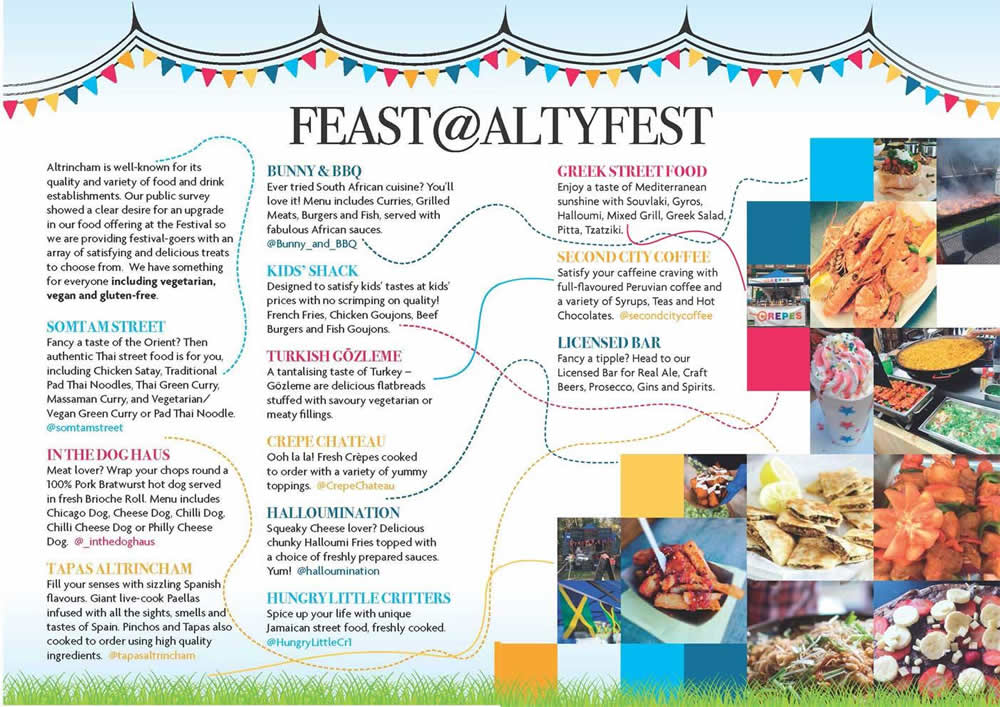 Everythig is set for a fabulous day and if you saw Granada Reporst this morning organiser Neil Taylor was on talking about the event. Also fellow oraganisers Sarah and Bernie were on Trafford Sound talking about the showground changes:

H&A wish the organisers a rip-roaring success with this year’s festival! Hats off to Neil and the crew for putting the whole event together.

Did you know that a shameful faction in Altrincham is against the festival because they say it negatively affects local business? They know who they are and should hang their heads in shame – For 6 hours let’s celebrate this town’s great tradition!

Just added – A Real Rocket – Reach For The Stars! 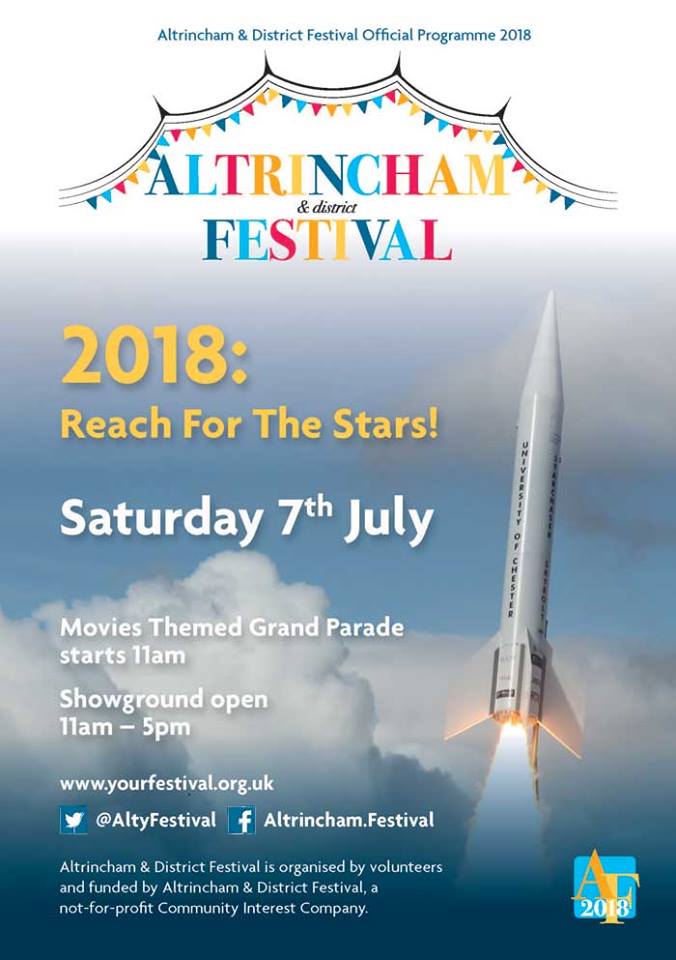